Annandale has attracted vacationers, lake cottage owners, and year-round residents since the late 1800’s. Our beautiful surroundings and proximity to the Twin Cities put what was once a small community on the map, luring vacationers and cabin owners from the metro and beyond.

The village was originally named Abbeyville, but a new name had to be chosen when applying for a post office permit revealed there was already an Abbeyville in Minnesota. Several stories exist for how the name Annandale was chosen. The first was that it was named after Annie, the sweetheart of James Pratt, the man who platted Annandale in 1886. Another version was that a poster for performer Lizzy Annandale was hanging in a window the decision was being made, or that the community was named after the Annan River in Scotland. Regardless of how it was chosen, Annandale was incorporated in 1888 with 187 citizens and held its first Fourth of July celebration the following year, in 1889.

The Minneapolis and Pacific Railroad, later called the Soo Line, was an important factor in Annandale’s early prosperity, providing transportation before there were decent roads. Silver Creek, French Lake and Fairhaven were all larger than Annandale before the railroad passed them by. Our lakes made our community a popular resort area in the early 1900’s. Vacationers traveled by train, and later car, to spend time at cabins and resorts on area waters. Arrow shaped signs pointed the way and boasted our “50 resorts and 30 lakes.” During that era, resorts rented cabins with meals and boat rentals for as little as $5 a day.

Through the 1900’s, our town grew and and resorts thrived. Several business that began in the 19th Century are still here including The Annandale Advocate, Lundeen Bros. Ford, Annandale State Bank, Kaz Hardware (formerly Dunton Hardware) and Lantto’s Store in French Lake. Numerous small businesses have been passed on and operate today by third and fourth generations of those founding families. Some are long gone but not from memory, like Brown’s Ice Cream, the Pickle Factory, and Dayton’s Furniture. Larger icons like the grain elevator, the old water tower and the 1922 school building will never be forgotten.

As the years went by, vacationers began purchasing cabins instead of staying at resorts, and the resort era began to fade. Geardink’s on Cedar and Maple Hill on Clearwater, were among the last to close. Today many of those cabins have been rebuilt into modern, year-round homes. Some come here to retire, some come to raise their families in a safe, quiet and beautiful area with the conveniences of larger cities just a short drive away. For all, Annandale has kept its charm and rich history, and the draw of our beautiful lakes is ever present.

“Angie is an absolute delight to work with. Her enthusiasm, marketing abilities and communication skills are outstanding!”

“Corey is a very friendly, outgoing person and goes out of his way to help his clients.”

“Steve makes that emotional contact with his clients in buying or selling their homes and cares about the satisfaction of the end result.”

“I am glad that I was able to have Gary assist me with the process with the professionalism and knowledge that he has of the market.”

“Found a home we loved, Jenna worked her magic and we got the house right away!”

Your Guides to the Heart of the Lakes Since 1974 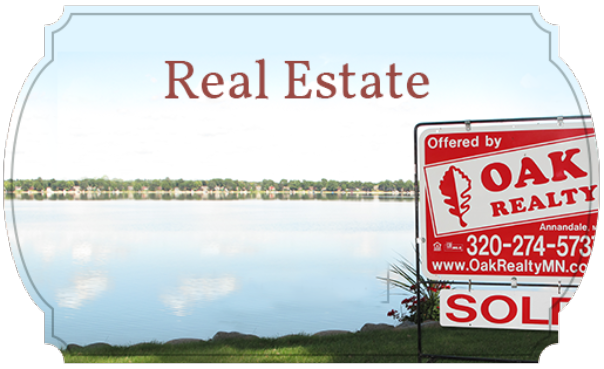